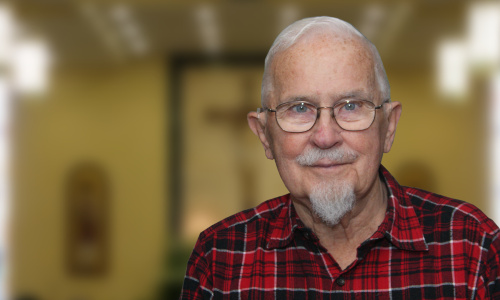 Deacon Emmet was ordained in 1984 and has served Saint Mark’s as a deacon for 33 years. He has baptized over 500 children into the Church during his service, and one of the many highlights of his career featured assisting pope Saint John Paul II at a Mass in Iceland in 1989. Although retired now from regular service, he is often seen around the parish and at Masses assisting the clergy and staff.